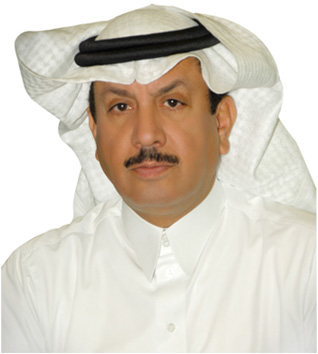 Fahad Mohammed Saleh Al Athel was born in Riyadh, Kingdom of Saudi Arabia. He is the Chairman of the Board and C.E.O. of Fal Holdings Arabia Co. Ltd., located in Riyadh, Saudi Arabia. He holds a Masters Degree in Business Administration from Santa Clara, California and a Bachelor degree in Business Administration from Portland State University, Portland, United States of America. Mr. Al Athel, in addition to his current position in the company, Holds various other positions in the affiliated companies.

Positions in other companies:

Furthermore, Mr. Al Athel had been the member of the Board of various local companies, such as:

Mr. Al Athel received numerous certificates of appreciation and recognition, such as:

He started his career by establishing his first business entity, Saudi Fal Company, which is engaged in trading of construction materials. Over the period of time, he had expanded the business, gained confidence and become the agent of a Korean Construction Company. Afterwards, he progressed in dealing with various large scale international companies. He acquired extensive experience in international trade and business development methods by working with Al Bilad Establishment. This became his springboard to be acknowledged as a well-known businessman in the business circle.

In the process, through determination, confidence and hard work, Mr. Al Athel was able to establish various local companies. These companies are as follows:

Mr. Athel has huge investments in stocks and securities in local and foreign banks and he is a shareholder in the following companies:

Today, FAL Group has grown into an international group of companies in the Middle East, North America, Europe, U.S.A. and United Arab Emirates with more than 4,000 employees.